← more from
Nawa Recordings
Get fresh music recommendations delivered to your inbox every Friday.

Prelude for the Triumphant Man

by Two or The Dragon 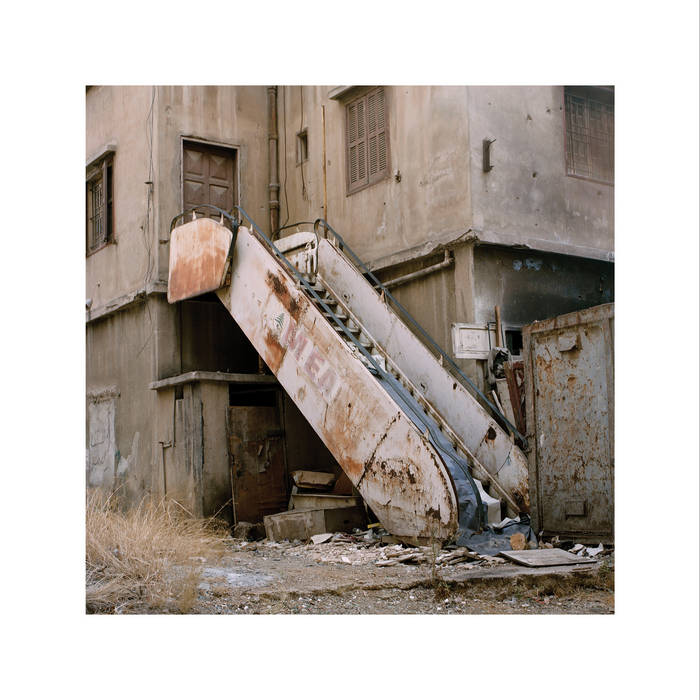 75brmar if you want to ear something different,
from an other dimension
but strongly grounded Favorite track: Prelude for the Triumphant Man (Part III).

ronnie dion love these tracks and im really looking forward to what you bring next year. Favorite track: Prelude for the Triumphant Man (Part III).

jayrope Incredible work, and unlike many from the region yet completely original. Don't get sucked into the Western music mainstream. Please.

Nawa Recordings are proud to announce the release of Prelude for the Triumphant Man, the debut EP by Two or The Dragon.

Two or The Dragon is the Lebanese electro-acoustic noise duo of Abed Kobeissy and Ali Hout.

Founded in 2014 under the premise of exploring Arabic music’s ability to express industrial city scapes and the violence that has plagued the Arab world, the duo’s unique sound of processed Buzuq (levantine long-necked lute) and various hand percussions takes the sonic and visual day-to-day that is Beirut and reflects it hyper-realistically.

The drilling and banging of post-war reconstruction and urban development, the incessant hum and vibration of electricity generators, private water pumps and gasoline motors, the cacophony of car horns in unpredictable traffic, all are represented alongside a wailing pseudo-political rallying cry in an unfathomable psuedo-Arabic tongue.

Without allowing nostalgia or frustration to take over their narrative, Two or The Dragon manage to creatively express both the ugliness and the beauty of this bitter reality in a manner not unlike the early recordings of Einsturzende Neubauten or the soundtrack to David Lynch’s Eraserhead.

Released to coincide with their first European outings, including an appearance at the UK’s Supersonic Festival, this 17-minute long three-part work serves as an introduction to the duo’s aesthetic and a taster of what’s to come next year.

Recorded, mixed and mastered by Khyam Allami at One Hertz Studios in Beirut (Nov 2016), the EP artwork features a detail from a photograph by Margot Becka titled MEA, designed by Jana Traboulsi.

Prelude for the Triumphant Man by Two or The Dragon will be available as a streaming and download only EP including Mastered for iTunes and lossless high-definition 24-bit/96kHz audio files.

Recorded, mixed and mastered by Khyam Allami at One Hertz studios, Beirut, November 2016

Two or The Dragon Beirut, Lebanon

Bandcamp Daily  your guide to the world of Bandcamp